Share a memory
Obituary & Services
Tribute Wall
Read more about the life story of Sandra "Suzie" and share your memory.

Sandra “Suzie” (Gold) Heavilin, 85 of Uhrichsville passed away on Friday, November 18, 2022 at the Community Hospice Truman House following a brief illness.  She was born on May 30, 1937 in Uhrichsville, to the late Wallace and Hazel (Cecil) Gold.  Suzie was a very social person and was well known in the community.  She was a devoted wife, mother, grandmother and great-grandmother and enjoyed talking on the telephone with her friends.  In addition to being a homemaker she worked as a Meter Maid and Crossing Guard for the city of Uhrichsville for 20 years.  She was also a member of the First Christian Church of Uhrichsville.

Funeral services for Suzie will be at 1 p.m. on Wednesday, November 23, 2022 at the Uhrich-Hostettler English Funeral Home, Inc. in Uhrichsville with Rev. Gordon Furbay officiating.  Burial will follow at the Union Cemetery in Uhrichsville.  The family will receive friends on Wednesday from 11:00 a.m. to 1:00 p.m.  In lieu of flowers, memorial contributions can be made to Community Hospice, 716 Commercial Avenue SW, New Philadelphia, Ohio 44663.

To send flowers to the family or plant a tree in memory of Sandra "Suzie" (Gold) Heavilin, please visit our floral store. 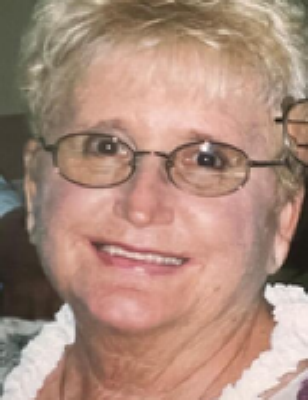